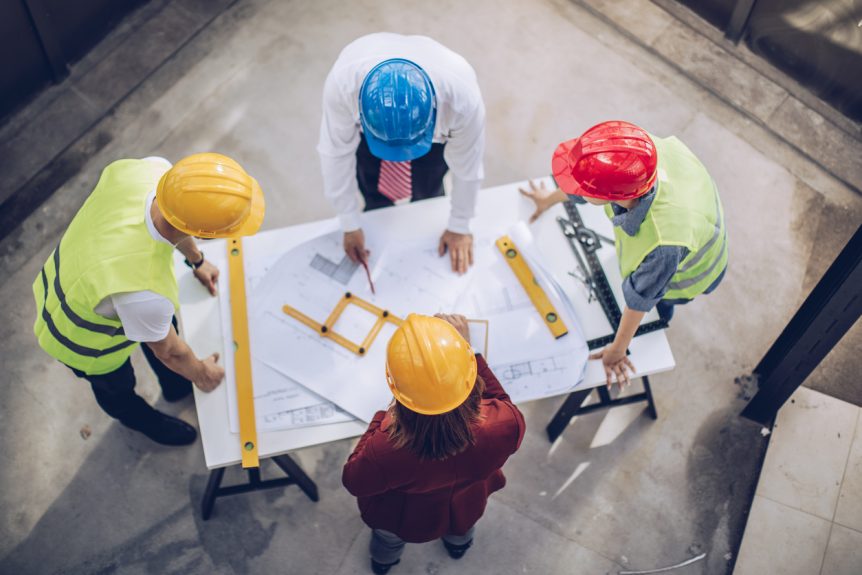 The U.S. construction industry is making a comeback as 2020 approaches its close. Despite a sharp spike in unemployment midyear, the industry remains in demand and employment is increasing again.

According to the Bureau of Labor Statistics (BLS), March through June 2020 saw the worst unemployment rates for construction workers in the last ten years, bottoming out at 16.6 percent in April and remaining in double digits through June. July, August, and September have all seen employment gains, with 8.9 percent unemployment in July decreasing to 7.6 in August and 7.1 percent in September.

The wood product manufacturing sector, which includes the lumber, plywood, manufactured home and flooring industries, also experienced a major drop in 2020. For much of 2018 and 2019, the industry’s unemployment rate was at or below 2 percent. In 2020, unemployment went from 0.4 percent in March, to 4.1 in April, 5.0 in May, then to 10.3 percent in June and July, according to BLS. Unemployment has since improved, down to 7.3 percent in August and 5.7 in September.

The Associated General Contractors of America (AGC) stated that the construction industry added 158,000 jobs in June 2020, with most of those jobs in residential and commercial construction, while infrastructure and civil engineering lost jobs. (Construction unemployment decreased from 12 percent in May to 10 percent in June, according to BLS.)

AGC recommended the federal government increase infrastructure funding to combat job loss and improve the nation’s roads, bridges, and airports among other infrastructure. The House of Representatives passed the Moving Forward Act, but it will need bipartisan support to become law. Some of the Act’s goals are to establish a grant program for rural transportation improvement, address and reduce the transportation system’s impact on climate change, and restart several programs for highway safety, railways, and federal aid for highways.

The American construction industry, like most of the economy, took a hit in 2020 but it has been steadily recovering, though it is early to draw conclusions.

With continued demand for new residential property and government support for infrastructure projects, the construction industry seems on track to recover and continue providing buildings, products, and jobs.